Find out more about Katharine Gray, the founder and Director of Heavenly partners and friendsfirst

Katharine Gray set up friendsfirst covering the UK and Northern Ireland in 1999, later branching out to Southern Ireland in 2017. We feel it is only fair to tell you about Katharine as we know so much about you as your membership journey begins and progresses. Here is Katharine’s story in her own words:

My mother was a Catholic and my father was an atheist, we were brought up in Sussex and throughout my childhood I had a questioning attitude towards my faith. I later worked this out in a Catholic tradition and now find my expression in the Church of England. I attended Edinburgh University which I thoroughly enjoyed and went on to have a career in the Health Service before moving on to working with Sport England in a regional and national capacity. It was whilst I was doing this that I attended a life changing Church weekend away where Elaine Storkey was questioning what the church could do differently for single people within the church. I realized this was something I would love to do and it would change my life forever. After an extensive research period, friendsfirst was launched, expanding from its Birmingham roots and becoming a national organisation. The company has developed over 17 years and added many strings to its bow with being able to offer a friendly team to talk to, coach and support its members. We then decided to go in to small group coaching and Mastermind was born in 2015 later developing to be able to offer the facility to many more with the Dating Academy. I became obvious to me after a recent trip to Ireland that the friends1st model was also a much needed opportunity for single Christians in Ireland and Heavenly partners was born.

I began in a small living room in a house with I shared with a friends and later, when we had moved, a spare bedroom which I converted in to an office. The company began as a part time job and quickly progressed to becoming a full time job! I was then able to give up my job with Sport England to enable me to make sure our members were getting the most out of the services we were able to offer at the time. We were thrilled to have success early on with some marriages but I wanted to make sure that our members had the opportunity to meet many more members. It is down to my hands on approach and involvement with the members that we my determination has never dwindled.

I can honestly say, that after 17 years I still have the enthusiasm that I had on that very first day. It can be tough at times but knowing that I am able to bring like-minded Christians together gives me such a huge amount of job satisfaction and it is what drives me to give the most to our members as possible.

I was married in 2007 to my husband who is a practicing Catholic. I sometimes attend church with my husband but am an active member of a small local church in which I am involved in many activities. We consider ourselves very lucky to live in a stunning part of the country, and being a very active person I tend to live my life by the rule of – work hard and play hard! I enjoy a variety of outdoor pursuits and I think you should go for it for all its worth. 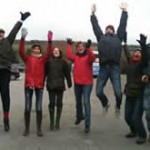 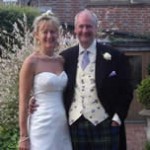 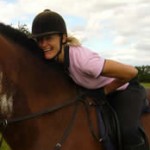 Dear Katharine,  I felt really special during the first phone call after our first date. This is when my now husband to be described in detail how he felt about […]

“Dear Katharine,   I am very pleased to tell you that the best aspect of the St. Rhadagunds 09 holiday for Pat and myself, David was that , in a truly romantic evening […]

“I write on behalf of Sue and myself to ask you to remove our names from the lists of profiles that you are due to send out soon. I am […]

“I am writing to you to convey the good news that Susie and I have become engaged after meeting through your organisation. I wish to thank you as you were […]