Hard work pays off!! – you never know what is round the corner

The Story of Forbes and Eunice 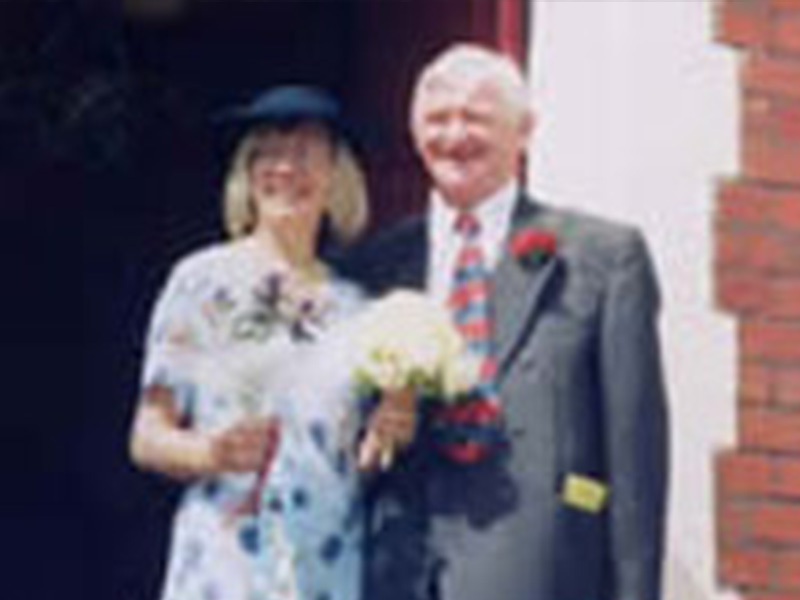 Forbes is the sort of man who doesn’t do things by halves. His approach to life was reflected in the way he approached finding a soul mate through friendsfirst. He joined the organisation in January 2004 and was soon receiving a lot of profiles of women. In turn he contacted and met quite a number of the people listed. By October 2004 he had travelled many miles meeting up with woman all over the country, from his home in Scotland. He met many ladies but still hadn’t found the special lady he was looking for. With 100 profiles in his possession, he decided to make initial contact with about 15 to 20 of these ladies thinking he would get a response from some of them. They all responded and he was writing 3 to 4 letters daily and receiving phone calls as well.

Then one day in December 2004 he received a letter from Eunice. He thought to himself “I don’t remember writing to a Eunice!” He consulted his list of profiles and sure enough there was no Eunice. However he dutifully answered her letter in his charming way and within a few letters they both knew that they were meant for each other (and so did God!)

Eunice’s story is rather different! She joined friendsfirst in May 2004 (having taken quite a long time to decide whether or not to join). There was no-one in the first mailing of profiles she received that seemed suitable – some were too far away from where she lived (Bristol) and others didn’t seem ‘right’. Moreover she was without her own transport as well as unemployed so the whole situation seemed crazy! Anyway she wrote to about 8 men and had just two replies, but those soon dried up! By the time her next friendsfirst mailing arrived she was feeling rather ‘cheesed off’ with the whole idea and beginning to feel she had wasted her time.

However eventually as a last resort, she wrote to Forbes in Stirlingshire! She wondered if she was mad (especially after one man in Sussex had written to her saying she was too far from him to start a elationship) but clung onto the fact that Forbes had said he wanted someone who was slim and 5ft3 to 5ft4 tall (she is 5ft 3 and a half). He’d also said he was interested in music and singing and those were her interests too!

So she wrote to him and he replied by return post! She was VERY impressed and also wrote back by return. This went on, was followed by phone calls and then they met. It took them about 2 seconds to realise they were meant for each other. Their feelings for each other were confirmed and the rest is history!

They got engaged in Scotland in February 2005. The Jewellers staff were so excited that they arranged flowers suitable for photographs to be taken of their engagement. Forbes said to them “Come on ladies move it forward or my car will get booked!” The car had been parked in a side street. They left the shop only to see to their horror there were two traffic wardens standing at their car! Eunice ran ahead to try and convince them that they had just got engaged. Forbes could see her holding her left hand up and pointing out her ring. The other traffic warden had come away from the car by this time and so Forbes spoke to him telling him the same story. He said “Nobody gets engaged at your age!” (Forbes was 64 at the time) Forbes replies “Oh yes they do, I’ve just done it!” They then let them off the parking fine much to their relief.

Forbes and Eunice were married on 28th May 2005 on Forbes’ 65th birthday in a little church of Christ in Bedminster, near Bristol. Some 80 guests and supporters attended with the service finishing with unaccompanied singing of How Great Though Art – which was so fitting for their story. It was a wonderful service, with wonderful singing for a wonderful Saviour.

Forbes had wondered how he was going to get through all the profiles he was sent. God know he wouldn’t have to anyway. He had a special plan and a special woman in mind for him – although he had to put some effort in too in order to find her!

“Thank-you for phoning me and for your very thoughtful response to the issues I have raised. I offer all my best wishes for your work”

Katharine I was contacted by a member who was sent my profile and he said he’d seen my video profile and ‘had to contact me’! So we met up last […]

“You have been very good at providing a personal service.”

Thank you very much for the number of contacts I received this month, with the various ages. I am so pleased – it lifted my spirits up. Thank you very […]